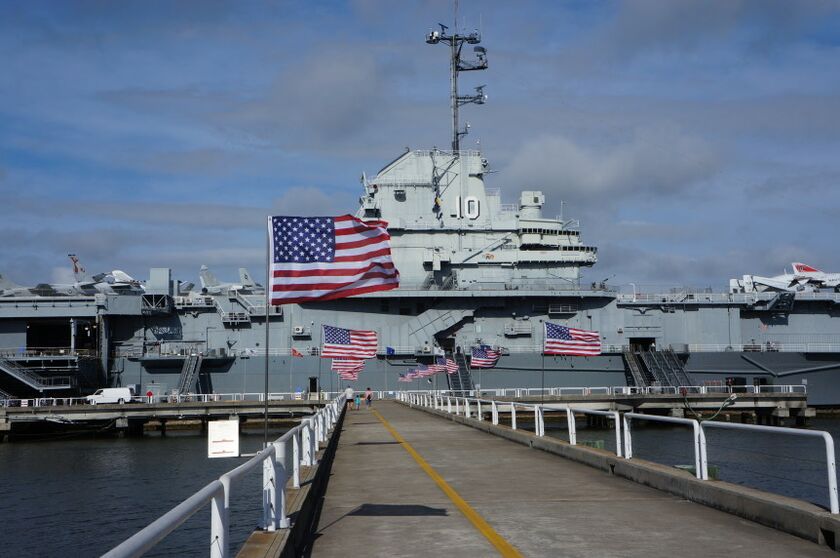 Woe is me. And to think, Brunch on the Battleship sounded like such fun. Music, cannons, half-unbuttoned white shirts. What could go wrong?

Unfortunately for me, I hadn't read the relevant legal codes. As a result of a complicated (and frankly dated) law that can be traced back to British Royal Navy impressment in the 18th century, I'm now enlisted in the United States Navy as a Seaman Recruit, or an E-1 as we in the service like to say.

In hindsight, it was all so clearly a trap. The separate lines for males and females was a hint, but I should have known something was amiss when they checked my ID at the gate, probably to make sure that I was old enough to enlist, and then asked me how many pushups and situps I can do. The numbers are high, by the way.

The dead giveaway should have been when the bouncer made me recite the United States Armed Forces Oath of Enlistment. Enemies, foreign and domestic? Look buddy, I'm just trying to pay $4 for a water and dance to some remixes.

Knowing what I know now, I wouldn't have gone to the brunch. $44 to join the Navy? They should pay me, I'm pretty sure. I don't mind serving my country-- it's the greatest honor I can imagine. I just wish they didn't make me wait two hours to get in. Also, I don't know how to swim.